In 2016, Brazil’s first woman president was ousted by a parliamentary coup orchestrated by the Brazilian Right. The details of this story are much more complicated than what the unwavering supporters of the Brazilian Worker’s Party (PT) – who gloss over unsavory alliances and compromises – or their virulent opponents would have it. Yet the fact remained that we elected a woman, she was ousted, and the brutal opposition to her government often took on distinctly misogynist tones.

Next month, Brazilians are charged with voting for the person who will replace her. (After all, we have to keep up with the appearances of being a democracy). It is already a complicated scenario, where a bitterly divided nation has no space for socio-political nuances. Battlegrounds have been drawn. It is “us” against “them.” And “they” are the enemy. The former frontrunner, Luiz Inácio Lula da Silva, Brazil’s first working-class president who, despite not delivering on all his promises and governing from the center-left, lifted millions out of poverty and implemented important progressive reforms, was jailed for corruption charges. On the extreme right, a fascist, misogynist, homophobic, classist, racist apologist of the military dictatorship was stabbed at a political rally.

But whereas the Worker's Party candidate was impeded from running, the Fascist Menace actually benefitted from his setback. His "martyrdom" rallied his base while helping him "soften” his image. It also meant he took a break from uttering the absurdities that became his trademark. Much like Trump, he has been branded as the antidote for political correctness, someone who "tells it like it is." Although it can be anti-productive to dwell on boorish polemical soundbites when we should be discussing actual policies (such as the threat his presidency would pose to workers’ rights) to put this in context, here are some of his “greatest hits:”

But this story is not about him, it is about us. It is about Brazilian women and their allies. Women from all walks of life who got together to shout #elenao, #nothim. A divided left (I am not quite comfortable calling most of these candidates/parties/platforms leftists…but that’s a whole other story) means that “he who will not be named because he does not need more publicity” is now the frontrunner. His 28% of voting intentions might not seem impressive, but with no united oppositional front he is practically guaranteed to make it to the second round of the elections. So a group of women started the “Women United Against Bolsonaro” Facebook group, which in a few days counted over 2 million members (we are now over 3 million strong). The proof that women’s solidarity and fighting power scares fascists is that the group was repeatedly hacked, and its moderators attacked. For a few days, a battle ensued. They would change the group's name and background pictures to proclaim its support for the candidate; the original moderators would change it back. Now the group has been set to private and there is more scrutiny of prospective members.

The group’s inner dynamics are fascinating to follow. Although we all had a common foe, it soon became apparent that we did not all share the same political inclinations, worldviews, or a clear concept of womanhood or feminism. I was saddened yet intrigued to see the internalized heteronormal patriarchal discourse in some of my sisters’ posts. Posts like: “we are not all feminists, some of us are beautiful feminine women who oppose this horrible man” - invariably accompanied by images of “beautiful” celebrities, to prove that we are not all bitter hags. This, of course, parrots the crude anti-feminist divide and conquer tactic: “feminists are angry, ugly, unlovable (or unfuckable)” and “good women” are beautiful because they mold their bodies and design their appearance to please men. This phallocentric understanding of women’s appearance as being something for the male gaze is all over the internet memes, videos, posts, etc. that try to disparage the movement. One of the most bizarre tropes of this strategy is an obsession with women’s body hairs. Both inside and outside the group an absurd line is sometimes drawn: on one corner, “dirty feminists” whose hatred of men is somehow manifested in their aversion to razors (or wax, or laser, or thread: pick your poison). On the other corner, "clean and pretty" feminine women. This dichotomy reveals a thinly veiled homophobic aversion to female masculinity or fear of women who not conform to gender normativity.  A song that became popular with the candidate’s followers and made its way to his campaign rallies explains: “Right-wing girls are ‘top’, the most beautiful. Leftist girls have more hair than a bitch” (as in female dog). The “good woman” was recently personified in an article about the current first lady, a former beauty queen who is 43 years younger than her husband, and whose beauty demureness and domesticity were praised by the right-wing Veja magazine. The article’s headline, “Pretty, Demure, and Domestic,” quickly became a rallying cry for Brazilian feminists who affirmed their right to self-determination and to occupy the streets.

Yet when those sexist discourses filtered into the group it became a beautiful teachable moment. The posts that praised the physical appearance of some of the movement’s supporters were immediately flooded with comments explaining that being a feminist means supporting our sisters’ right to choose what they want to do with their bodies. That we have the right to decide what we look like and who we love and desire. In other words, this time, we didn’t take the bait. Those ridiculous tropes the patriarchy imposes on us to divide and conquer didn’t work. We stopped defining ourselves against each other. We agreed to disagree. We decided to be multiple and diverse. We understood that we are trans, cis, hetero, queer, religious, atheists, proud mothers and proudly childfree. We come in all different shades and shapes, and we exist in our own terms.

When a member of the group tries to proselytize for another candidate, they are quickly remembered that we are united “against” a common menace. It is not a group to support any particular opposing candidate. Yesterday, one of the group members, Ellen S., called our attention to the fact that this is the largest organized group in the country right now. She invited us to: “Think about the size of our power if we remain united! We can approve anything in the National Congress. We cannot let this union be dispersed after the election.” As I write this, over 26 thousand women have already reacted to it and most of the five thousand comments it received reinforced the commitment to stay united and involved. I am not as optimistic as Ellen. I, unfortunately, believe that after the election Brazil will still be plagued by systematic racism and socio-economic inequality. It will still have an extremely racist, classist society that beats world records in transfemicide. It is unclear what shape this movement will take in the future. Groups united against something tend to lose its agglutinating agent after the perceived menace is conquered. But if it at least unveiled some of the most pernicious tricks of the patriarchy I will be happy to have been a small part of it. While the future is uncertain, we can at least try to take charge of the present.

The past taught us a lesson: when Fascism rears its ugly head, we all get together to fight it…then we hash out our differences. Anti-Progressive forces are now on the rise worldwide. As dear comrade once told me: "Solidarity is all we have, and global it has to be." So we call on our sisters and our allies there in Greece to join us this Saturday. Get together with family, friends, comrades to celebrate sisterhood and take a stand against Fascism. Wherever you are, however you can, help us show the world that, at least this time, #elenao. No Pasarán!

*Isabel Machado is a Brazilian historian. She currently lives in Monterrey, México. On September 29th, she will get together with her sisters and allies to support the Brazilian women's anti-fascist movement.

The Fight to Keep the Mediterranean Free of Oil Drilling 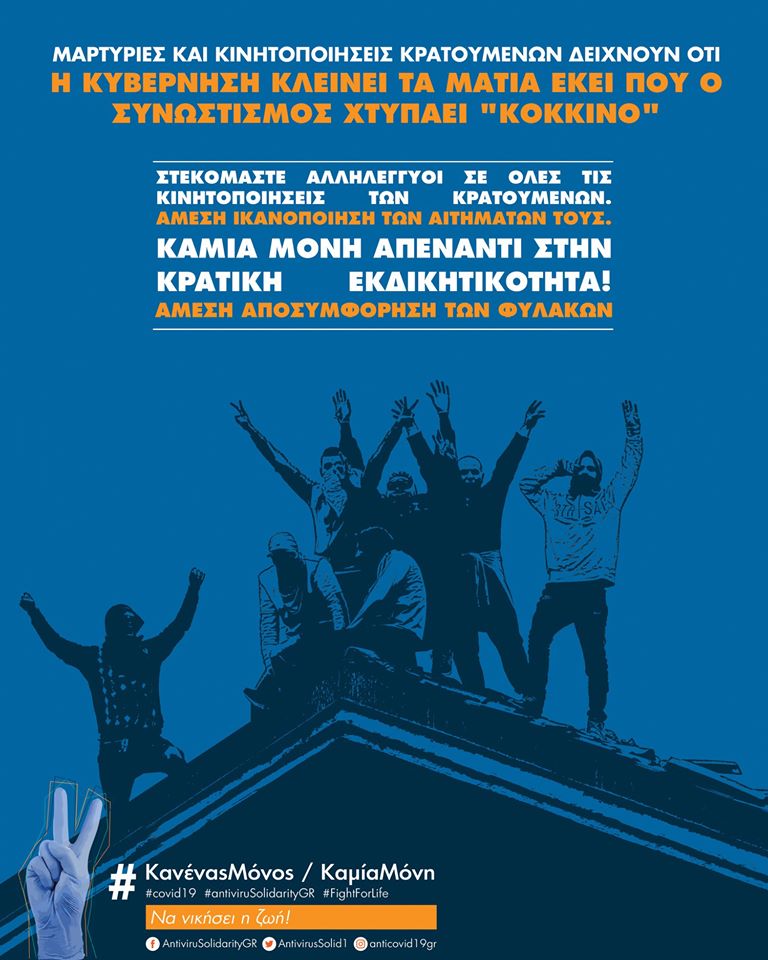